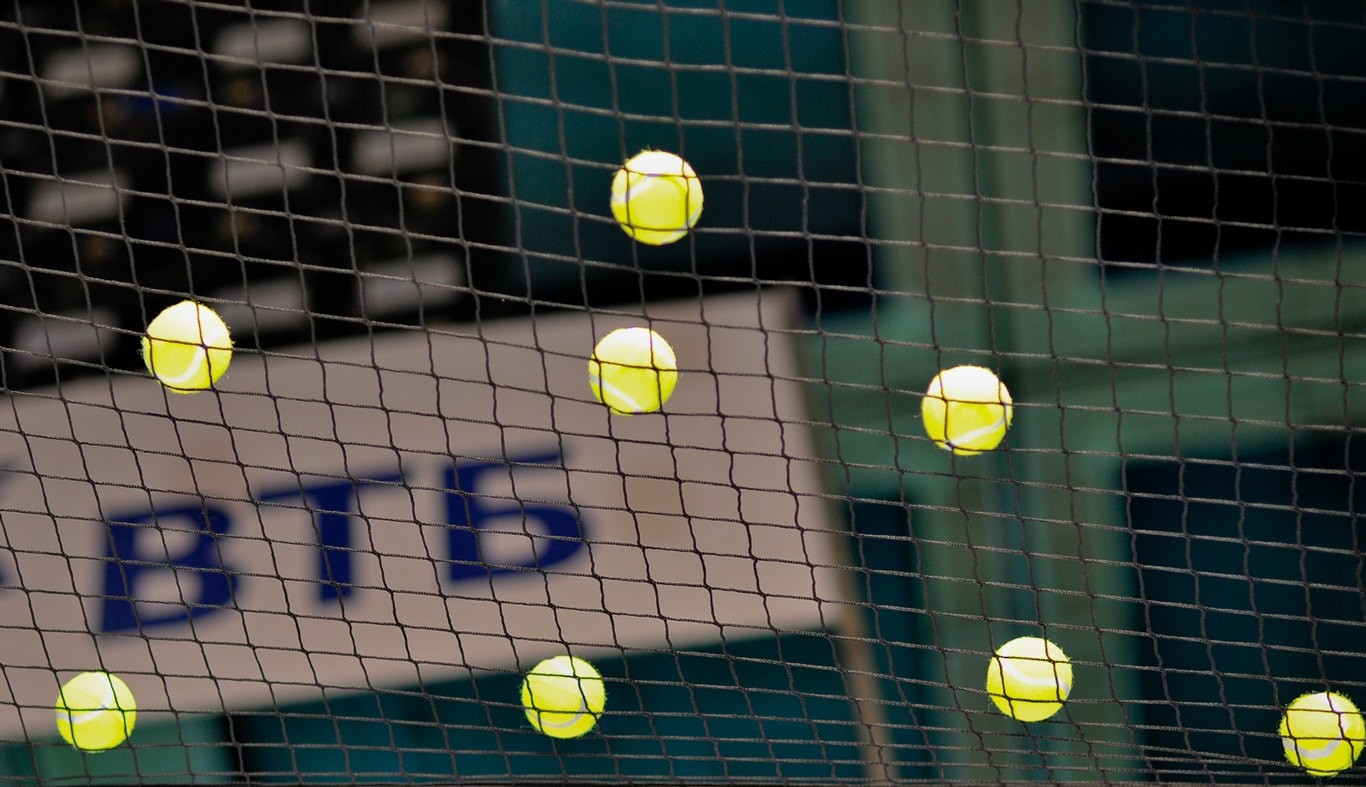 «VTB Kremlin Cup» — we are continuing the tradition and creating a history!

The wins scored by Goerges and Dzumhur capped the “VTB Kremlin Cup” which was also marked by a record turnout and the appearance of Maria Sharapova.

The title in the women’s event went to the German Yulia Goerges. With her triumph in Moscow the player ended her losing streak in the finals scoring such a meaningful win. The Russian Daria Kasatkina was runner-up – despite the loss in the finals she was pleased with her result and praised the fans for their support: ”The stadium was packed, I believe that’s the way it should be, if not from day one, at least starting from the quarterfinals. And this is really great: you step on the court and you feel the atmosphere. The people have a keen interest in tennis, they come to cheer for you”,- Kasatkina commented.

Damir Dzumhur from Bosnia and Herzegovina claimed the men’s singles title over a close and tight fight. In the women’s doubles event the trophy went to Andrea Hlavackova (Czech Republic) and Timea Babos (Hungary) while Max Mirnyi from Belarus and Philipp Oswald from Austria grabbed the title in men’s doubles. Thus Max Mirnyi, one of the most titled doubles players in the world, scored his 50th win overall at ATP tournaments.

Daniil Medvedev, 21, achieved the best result amongst Russian players reaching the quarterfinals for the second consecutive year and knocking in R2 the defending champion and a member of Top10 Pablo Careno Busta. Meanwhile Natalia Viklyantseva en route to the semis came over such strong players as Vesnina and Cornet falling to the eventual winner in the semifinals. The Russians Evgeny Donskoy and Andrey Kuznetsov reached the semis in the doubles event.

The appearance of Maria Sharapova was, no doubt, the highlight of the tournament. After a 10-year long hiatus Maria stepped on the courts of the “Olimpiysky” again and made all those who filled the stands really happy. As a matter of fact, on the day of her match the stadium was packed “with no room left for an apple to fall”, as they say in Russia – so popular Maria is in Russia and worldwide. And while her performance wasn’t quite successful (Sharapova spent on the court approximately two hours) the participation of such caliber world stars showcases the event and tennis as a sport, too. To wit: in the aftermath of Sharapova’s match the stadium was full to capacity during all subsequent days.

According to preliminary stats, the VTB Kremlin Cup 2017 turnout skyrocketed to 77 100 spectators exceeding the previous year’s results by almost 10 000 people. Of those more than 7000 people took advantage of the special joint action held by the tournament organizers and the VTB bank as they visited the tournament for free during the first days producing just their social card of the Muscovite, their student’s cards, VTB plastic cards, Pochta Bank cards or electronic invitations.

Ticket sales were 52% up, according to the chairman of the tournament board of directors Shamil Tarpischev and he says this dynamic will prevail in the future. “The tournament was a success, no doubt. Despite the absence of Russians in the men’s finals the stadium was packed. If you look at the turnout, this year the tournament broke all records. What I liked best is that the fans came to appreciate the game per say instead of just coming to cheer for their fellow countrymen, as it was usually the case. Starting from last year the situation changed a bit, so now our fans just flock to the stadium simply to enjoy tennis as a game”, - Tarpischev noted.

For the fourth year running the Moscow event was held with a special on-stage lighting which created a unique chamber-like atmosphere on the courts and at the arena. Special entertaining zones were organized along with quizzes, children’s contests and the numerous autograph sessions held by such players as Anastasia Sevastova, Phillip Kohlschreiber, Coco Vandeveghe, Elena Vesnina, Alexander Bublik and, of course, Maria Sharapova who distributed her autographs at the booth of the title partner VTB. The Moscow tournament will also be remembered thanks to the scintillating show of former AD/DC drummer Chris Slade who performed during the final days of the event.

The tournament organizers partnered with the Foundation of the Central Federal District to hold a socially meaningful charitable action “Supporting children and families in tough life situations”. Thanks to this initiative, as many as 238 children from orphanages and boarding schools visited the tournament. Thrilled by the matches, the little guests of the tournament were also seen taking part in the events held in interactive zones and pictured alongside tennis stars.

A traditional tennis clinic for 10-12 year old kids was held on Saturday on the center court. 37 kids from such tennis schools as “J-Pro”, “Tennis Park”, “Ace”, “Megasport”, “Olimpiets”, Shamil Tarpischev Tennis Academy” got a chance to hit with the winner of two Slams and Russia’s top player Svetlana Kuznetsova.

Speaking at the solemn closing players’ party held at Moscow‘s restaurant Luch (“Ray”) the President of the Russian Tennis Federation Shamil Tarpischev thanked the players praising the high professionalism of the tournament participants and made a point to express his gratitude to VTB Bank for its invaluable contribution to the organization of the event and congratulated all the guests on a successful completion of the 28th International tennis tournament “VTB Kremlin Cup”.